Share All sharing options for: The Arizona Cardinals, British style

The NFL is going to play games in London as they have been doing. They would like to expand to England as well, even though many think this is foolish for football reasons (I am of that opinion). However, we can have a little bit of fun. Dave's Art Locker took the liberty of doing this for us and created new team names and logos for each NFL team if they were in England or if they had a British equivalent.

This, of course, means tea, monocles and more.

What about the Cardinals?

They would no longer be the Cardinals, but rather "The Crimson Flighty Birds."

You will notice that almost all the bird names are now just "birds."

And here is the corresponding logo: 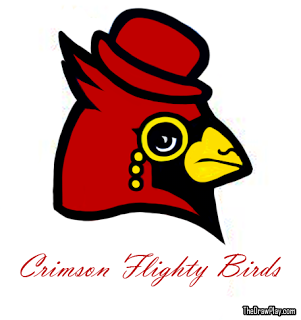 It is complete with a top hat and a monocle. And it has a ridiculous mustache.

Could you support such a team? More importantly, would the Brits?