While we all wait for arguably the most exciting event of the off-season, the third round of Caption This! is here!

Last week saw a record number of entries. Here is the picture and winners from the last round: 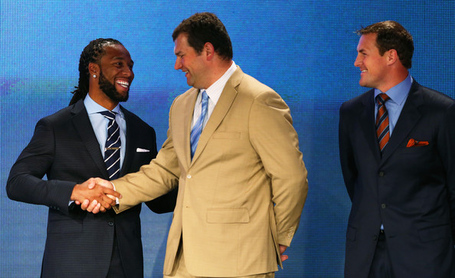 I totally believed you both when you said creme colored suit.

Congratulations to the two of them! Here is the updated Table of Winners: 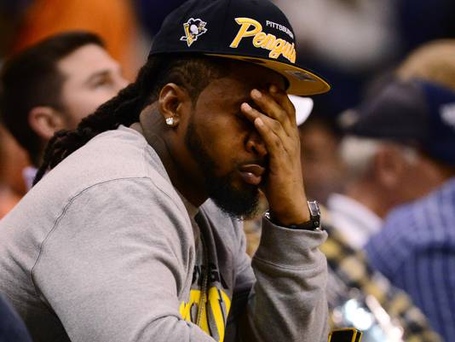 I urge all of you to read every comment/caption that is posted. We want to make sure that the best caption wins, and not just the one that was posted first. We will be keeping this contest at the top of the page all week, so that it will be easier to check back.