Despite a week's absense, the 10th round of Caption This! is here!

Last (last) week's round saw some incredible vote counts, as the two people tied for 2nd with 10 votes, while the winner broke away with an outstanding 14 votes. 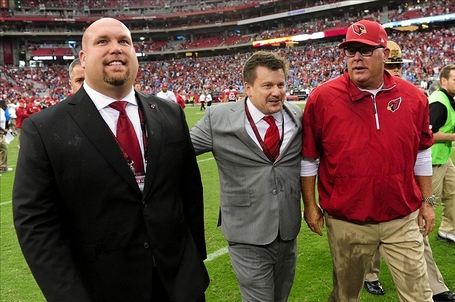 Keim: You tell him!

Bidwill: No you tell him!

Keim: Im not looking at him, you tell him!

Bidwill: Uhhhh, so Bruce you might want to think about shaking it when you finish going to the bathroom

Bruce: What do you mean?

Bidwill: Take a look at your pants!

How can a one time Niners fan become a Cardinals fan? Easy, I picked the better team!

Congratulations to the three of them!  The (updated) Table of Winners: 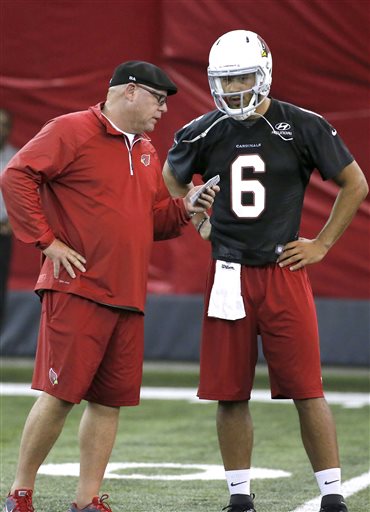