Arizona Cardinals should improve in TE coverage in 2014

The addition of Antonio Cromartie should shore some issues up.

Share All sharing options for: Arizona Cardinals should improve in TE coverage in 2014

While the Arizona Cardinals defense was in the top 10 overall, the secondary came into question, as tight ends seemed to have their way with the Cardinals most of the season. This is why the safety position and the cornerback positions were addressed in the offseason.

2014 should be a different story, with the secondary being improved over last year's group.

Here is an example of how things played out in 2013, with the Cardinals player the St. Louis Rams at home late in the season.

St. Louis gets the matchup it wants: Jared Cook vs. Jerraud Powers in the slot. They start in a power formation before motioning to the spread for the matchup. 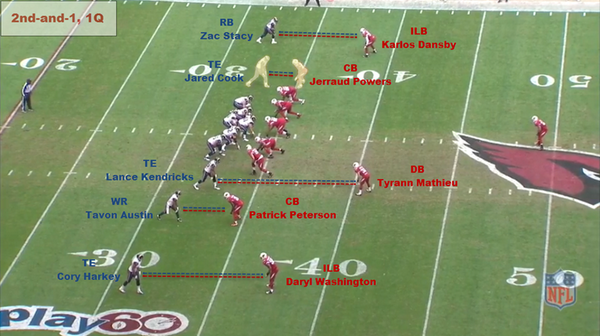 It is fine, but Powers makes a mistake off the line -- he doesn't redirect Cook, allowing a free run inside on the slant. 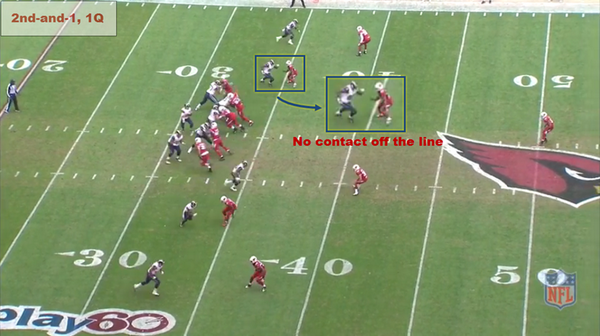 As you can see, Cook has the middle of field all to himself on 2nd-and-1. It will be an easy pitch-and-catch from QB to TE. 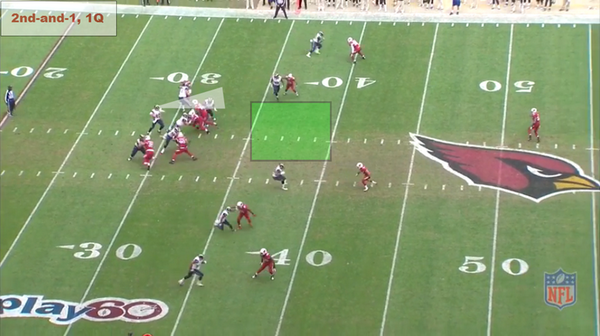 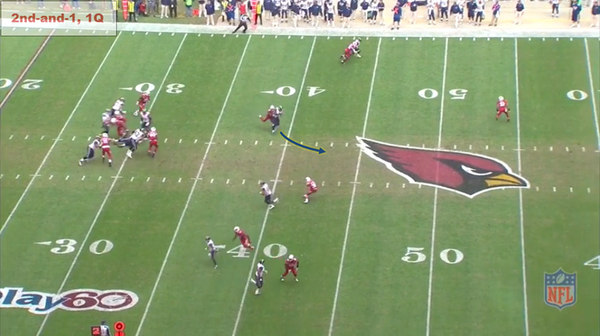 It ends up being five yards after the catch for Cook off Powers, in fact. You can't have that on 2nd-and-1. 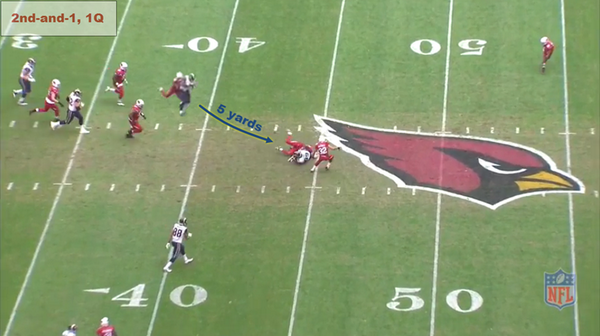 The addition of CB Antonio Cromartie is big for the Cardinals secondary. he will be more physical, with better long speed & more imposing against opposing tight ends than Powers was.