A step-by-step look at the Cardinals' first score.

The touchdown that the Arizona Cardinals scored on their first drive with their first team offense on the field was a thing of beauty by Carson Palmer. You can see he his comfort in the offense with the one play. 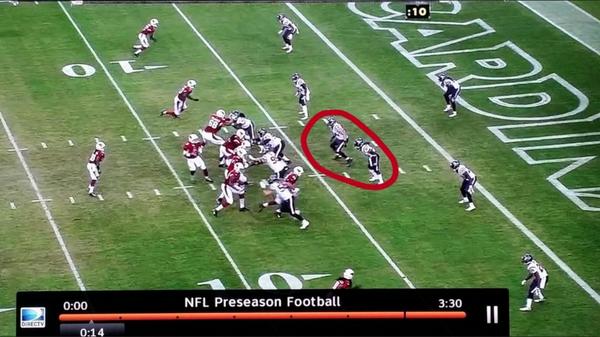 This is Palmer's second step back. he is looking at the inside linebackers, as they are blocking the passing lane to John Carlson. 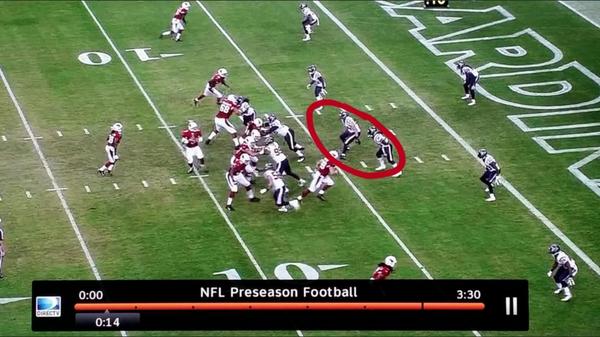 This is his third step back. He is still looking at the linebackers. 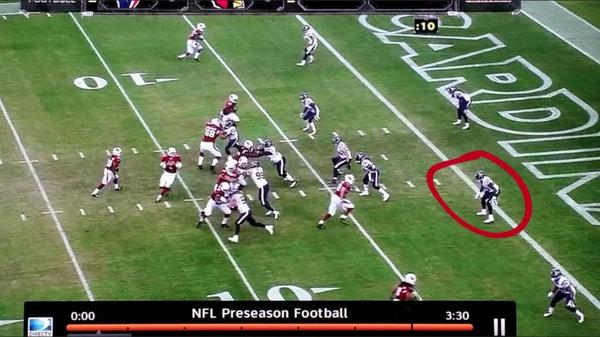 Now, on his fourth step back, he is checking where the safety is, to see if he is breaking in on Larry Fitzgerald's slant route. 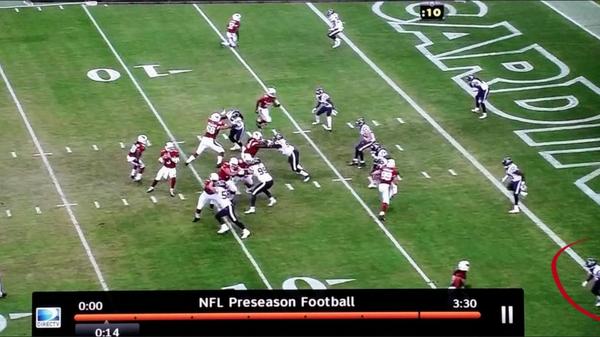 Now, at the top of his dropback, Palmer looks toward the cornerback to check his position.

Here's where it gets good. 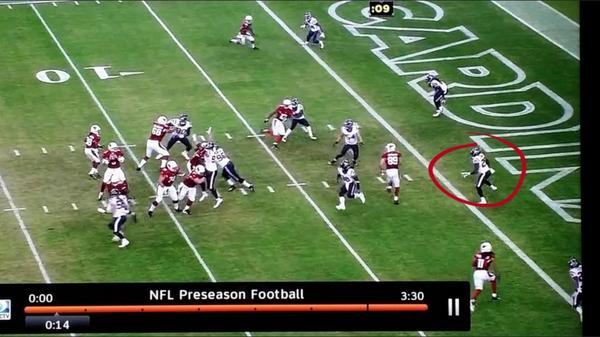 Just before releasing a strike to Fitz, Palmer double-checks that the safety is following Carlson to the middle. 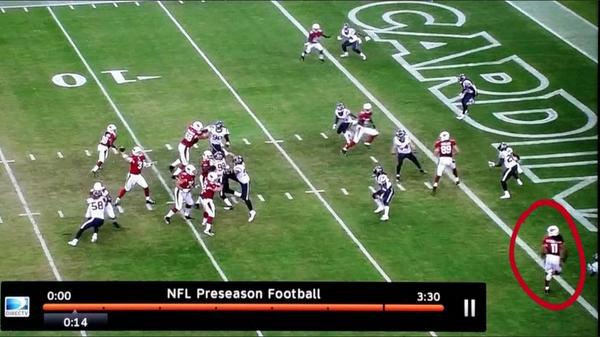 Satisfied, Palmer uncorks a rope to Fitz for the easy score. He didn't look at a receiver until moment he threw.

It was a thing of beauty.

Is this what we can expect more of in the regular season?