We're nearly through the players who have worn jerseys numbered in the 90's and we're also another day closer to the kickoff to the regular season as we salute today's No. 91.

It won't be long now until we're out of the 90's (uniform numbers that is) and things open up with many more players who have worn the day's jersey number for the Cardinals.  In the meantime, today's number has really yet to be claimed by what some would call an 'elite' player.

It might have something to do with the fact that only 8 players have worn No. 91 for the Big Red over the years that we know of — see the first story in the series for more info.

Let start out with only one of three players that wore a number in the 90's in the years of the St. Louis Football Cardinals.  Like his two fellow musketeers, Ron Monaco was a one-hit-wonder for the Cardinals in 1986 — when numbers in the 90's became available for defensive linemen and linebackers.  Ron Monaco's permanent record with the team shows only one stat - a fumble recovery.

Rashod Swinger (1997-1999) swung for three years with the Arizona Cardinals accumulating a forced fumble and a sack along with 88 tackles.

Wendell Bryant (2002-2004) was highly touted as a first round draft pick (12th overall) and big things were expected of him.  It didn't quite work out that way and over 3 years No. 91 racked up a grand total of one and one half sacks and 28 tackles.

Langston Moore (2005-2006) played two years in the desert as a follow up to Bryant and scored even less with 1 sack and 2 tackles.

Rodney Bailey (2007) was yet another one-hit-wonder with the Cardinals (one year or less with the team) who finished off his career in the valley of the sun.  Rodney's 9 tackles that year pushed him into the 50-Club (players with 50 tackles or more in their career).

Current Cardinals head coach Bruce Arians might have had trouble pronouncing Kenny Iwebema's name had he been here between 2008 and 2011 but not because he was a starter.  Kenny started zero games in the desert. 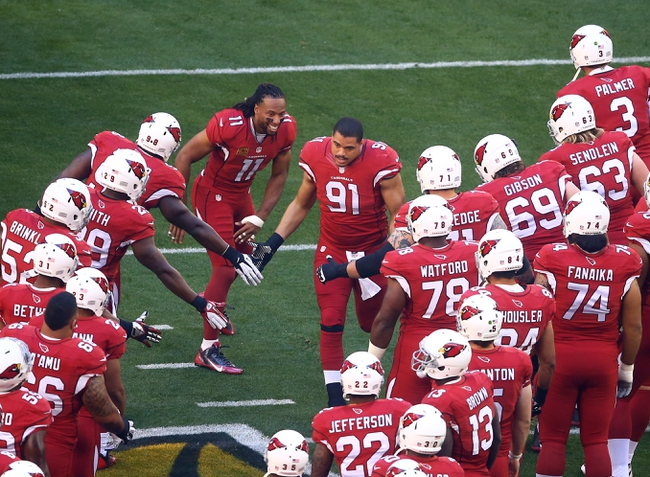 Matt Shaughnessy goes into his third season in the desert after having spent four years with the Oakland Raiders.  So far Matt has contributed 44 tackles, 3 sacks, 3 fumble recoveries and a forced fumble in a season and a half — he missed half of last years games.

Not what you would call an overly impressive group by any means, but things may just get more interesting tomorrow.  As always please chip in with what you remember (good or bad) about these guys.