Many choices today in our poll of who wore No. 84 best for the Cardinals over the years. One just happened to play on the most aggressive defense you've ever seen that threw 3 consecutive shutouts!

More legitimate choices today in our poll of who wore the BIG EIGHT-FOUR best for the Cardinals over the years and they're not all eligible receivers either.  We're now one day closer to kickoff as we remember some great (and not so great) players from the past.

As usual we'll list the players that have worn today's number chronologically making note of those players that mattered along the way while leaving plenty of space for your comments below to fill in the gaps.

Joe Robb (1961-1967) was the last defensive end to wear No. 84 for the team and the top rated Cardinal to have ever worn the number according to Pro Football Reference.  As a member of the most aggressive defense you've ever seen — I'd bet my Larry Wilson No. 8 jersey on it  — their motto was to play the game in their opponent's backfield and they spared no effort in achieving their goal.  We don't have sacks or tackles statistics going back to that time — too bad for Larry Wilson too — but Joe Robb was a force on the field.

Here, No. 84 and the leader of that Chinese firedrill — the Big Red defense of the 60's — by the name of Larry 'Wildcat' Wilson  decide to meet up at the quarterback on their way to three consecutive shutouts!

Ike Harris (1975-1977) was another one of those players on  the team that first became known as the Cardiac Cards — who in 1975 waited until the last minute of play to claim victory in 7 of their 11 wins.

The Big Red finished 11-3 in that 14 game regular season and in three years with the team, Ike (pictured above) recorded 107 catches for 1,595 yards and 4 touchdowns.  For more on the Cardiac Cards, click here.

J.T. Smith (1985-1990) began his Cardinals career in St. Louis then arrived in the desert in 1988 along with teammates Neil Lomax (15) and Roy 'Jet Stream' Green (81).  The trio became an immediate hit with the new Cardinals fans to the tune of a 7-4 record before Lomax's career ending injury marked the beginning of a 20 year skid.

Jay Novacek wore No. 84 in 1985 then switched to No. 85 in 1986 (the truth can be stranger than fiction — see yesterday's story for more details about Jay Novacek).

Gary Clark (1993-1994) technically played one year in Phoenix and then one year in Arizona (after 8 years in Washington) and racked up 113 receptions for 1,589 yards and 5 touchdowns for the Phoenix/Arizona Cardinals.

Then came a drought in the desert for No. 84.

Rob Housler (2011-2014) was thought by some to wear Teflon Coated Non-Stick gloves.  Whether that's true or not,  Housler has taken his talents (105 receptions on 168 targets)  to the Cleveland Browns.

Which makes room for Trevor Harman who now wears the BIG EIGHT-FOUR (at press time) and keeping with our tradition with wishing good luck to rookies trying to make the cut, here's a picture of the Cardinals logo. 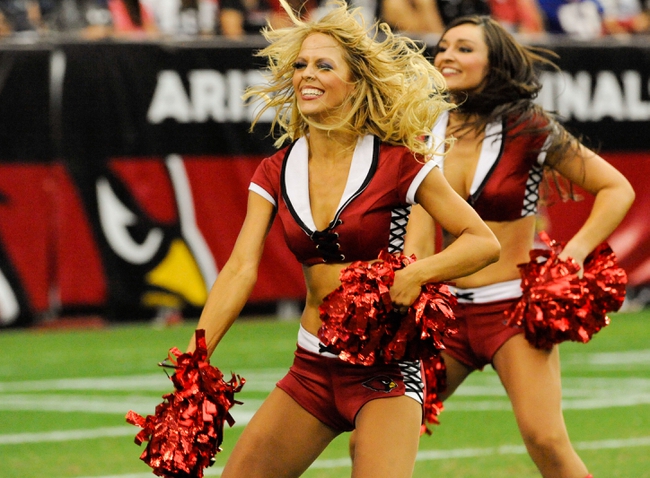