The kickoff to the regular season gets a day closer as we salute the player that has owned No. 83 for the Cardinals. He never played in Arizona, but desert dwellers would have loved today's featured player.

Unlike yesterday's poll, today's winner should be a slam-dunk landslide for who wore No. 83 best over the history of the Cardinals franchise that dates back to the late 19th century.  One of the all-time leading Cardinals receivers is featured today as we step another day closer to the kickoff to the 2015 regular season.

As usual we'll list the players that have worn today's number chronologically making note of those players that mattered along the way while leaving plenty of space for your comments below to fill in the gaps on your way to the exit poll.

Pat Summerall (1953) wore No. 83 in his rookie year before switching numbers the following year.  For more on Pat Summerall see story No. 85.

Pat Tilley (1976-1986) would have to be today's winner with 469 (7th all-time Cardinal) receptions for 7,005 yards (5th all-time) and 37 touchdowns (8th all-time) — not bad for a 4th round draft pick.  Tilley (pictured above) had the luxury of playing with the Cardinals' top two all-time leading passers, Jim Hart (17) and Neil Lomax (15) respectively and made the most of it in his career with the St. Louis Football Cardinals.

Bryant Johnson wore No. 83 his rookie year in 2003 before switching to No. 80 the following year.  Wearing today's number, Johnson caught 35 passes for 438 yards and one touchdown.

Gerald Christian becomes the latest to wear the BIG EIGHT-THREE for the team (at press time that is) and once again we'll wish good luck to a rookie with a picture of the Cardinals logo. 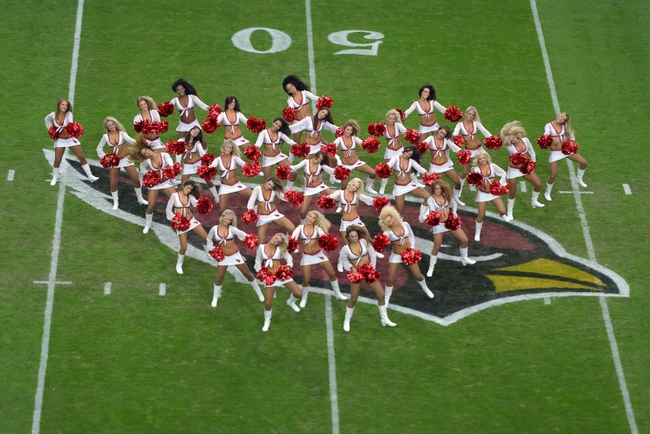