Eighty days remain until the kickoff to the 2015 regular season for the Arizona Cardinals and a great day to remember those players that have worn jersey No. 80 for the Big Red.

A bit of a drop off from yesterday's story about the history of jersey No. 81 but how could it not be?  But that doesn't mean that there weren't a few good players that wore the BIG EIGHT-O. And they all just happen to be eligible receivers which hasn't exactly been the norm for 80's numbers as we've seen.

We'll list all the players that have worn today's number chronologically making note of those players that mattered along the way while leaving plenty of space for your comments below to fill in the gaps after you vote on who you think has worn No. 80 best for the Cardinals.

Cardinals head coach Bruce Arians has had trouble pronouncing the name of Ifeanyi Momah this spring and perhaps he should just call him the BIG EIGHT-O. 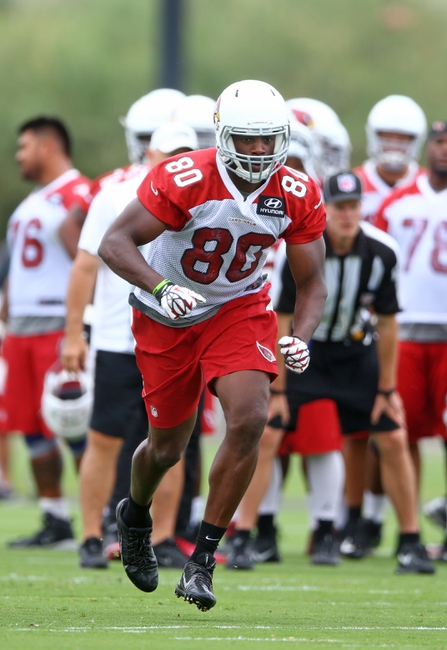