It's time once again for our countdown to the regular season and start by honoring jersey No. 99. Who wore it and why is it no longer used by the Cardinals?

Well kids, it took forever but we're finally down to 99 days until the kickoff of the Arizona Cardinals 2015 regular season. Which also means the beginning of this year's Cardinals Jersey Countdown — back by popular demand after last year's excellent series by our fearless leader Jess 'The Hammer' Root.

And no small part of last year's success was the 99 daily bottles of beer off the wall from ROTB's resident Brewmaster and 'Keeper of Cheerleaders' who goes by the name of Gungus (known to some as 'Mr. Elite').

We're going to take 99 jerseys off the wall too as we count down number by number while noting every Cardinals player who has worn that day's number, from present day players to the Cardinals of yesteryear. Unfortunately, at this time the best known resource for Cardinals jersey numbers only goes back to 1950 (but our crack research team is working to remedy that).

We're hoping for plenty of interaction from Cardinals fans old and new so please feel free to reminisce about some of your favorite (or not so favorite) players of the past and same goes for players who currently wear the jersey number. Stories and pictures are always a welcome bonus — not to mention excellent brew and 'elite' cheerleaders (always a nice combination).

We're also going to have a poll every day for voting for your favorite player to have worn that day's number and then when we're done we'll see who the Cardinals' all-time lineup is by number and dream about ...

So with 99 days left until the beginning of the 2015 season, let's kickoff the countdown to the kickoff! (drum roll please)

Right off the bat we begin on a very unusual note and that's because how is it that we know (or care) about the number worn by a player who retired in 1948 when the records only go back to 1950? That's because number 99 is one of only 5 retired numbers for the Cardinals franchise that dates back to the end of the 19th century.

Of the five numbers retired by the Cardinals, Marshall Goldberg (99) is one of only two players — the other being Larry Wilson (8) — who were so honored not born out of tragedy.  Sadly, the same can't be said for Stan Mauldin (77), J. V. Cain (88) and our great American hero, Pat Tillman (40).

So this guy must have been pretty good, right? Believe it or not, contrary to popular belief, no, even I'm not old enough to remember Marshall Goldberg.

Only 5 numbers have been retired by the #AZCardinals. No. 99, for Marshall Goldberg, is one of them. pic.twitter.com/uB9bnwkQu6

But I know Marshall was a running back/defensive back (they played both ways back then — without a face mask no less) and a leader of the Big Red's last championship team of 1947 — that's right, I said 'championship team' — who shocked the world when 'your' Chicago Cardinals defeated the Philadelphia Eagles 28-21 at Comiskey Park to take the NFL Crown! 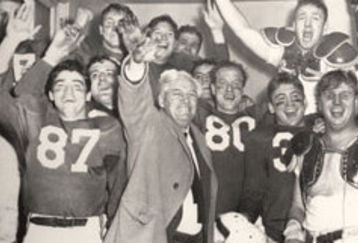 For most excellent coverage of that historic game click here.

Marshall played for Cardinals for eight seasons between 1939 and 1948 — with an interruption during World War II when he enlisted in the Navy and spent two years in the South Pacific earning the rank of lieutenant. Goldberg is also enshrined in the National Jewish Sports Hall of Fame as well as the College Football Hall of Fame.

Try as I might, I couldn't find when the Cardinals officially retired Mr. Goldberg's number (he retired in '48), but the BIG NINE-NINE was worn only once after he retired — by Bob Nussbaumer (1949-50), who in 1949 actually recorded 12 interceptions in a 12 game season which is not bad in a league that wasn't as pass-oriented as today.

But there's something very special when we can salute a Cardinals retired number, so this first round's on me bartender as we toast Marshall Goldberg (Champion Cardinal). 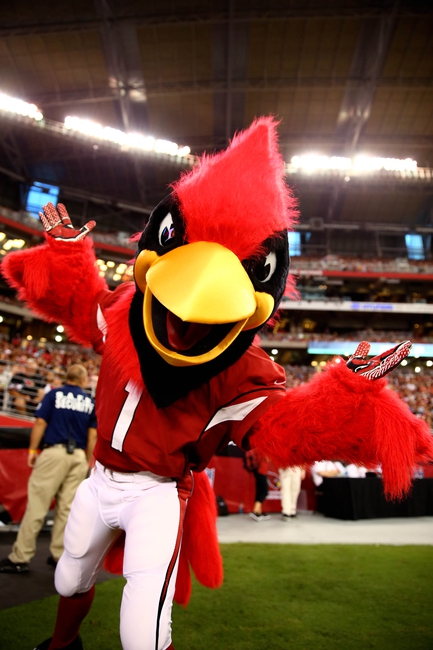