Two absolute studs who wore the No. 64 are featured today and are arguably the two best offensive guards in Cardinals history. One of these guys also had an interesting offseason hobby.

Today's the last day with your substitute teacher as we look back at a couple of really great offensive guards who wore the No. 64 on their backs.  And as far as players who wore today's number for only one season (or less), it's nothing but One-Hit-Wonders* for No. 64 in the 21st century and doesn't look to change anytime soon.

We'll list all the players that have worn today's number chronologically making note of those players that mattered along the way. Please feel free to help us fill in the gaps with your comments below after you vote on who you think has worn the BIG SIXTY-FOUR best.

If you played defense in the National Football League in the 60's, the last thing you wanted to see was Ken Gray pulling from his right guard position and looking to punish anyone with designs on tackling his running back.  Ken started 151 games for the Chicago and then St. Louis Cardinals (1958-1969), and became arguably the most feared pulling-guard in the history of the game (no kidding).  Gray earned two 1st-Team All Pro awards and started in 6 Pro Bowls (selected by his piers).

Bob Young (1972-1979) is now the third of those five linemen we've seen who will forever be a pride of the Cardinals franchise, having allowed a mere 7 quarterback sacks and plowing the way for 171 yards per game rushing in 1975.  Perhaps not as acclaimed as the three linemates to his right (after all, how many Cardinal linemen are allowed to play in a Pro Bowl with Banks, Dobler and Dierdorf all starting 3 years in a row), but Bob finally got his due with a 1st-Team All-Pro selection in 1979 (his 2nd Pro-Bowl).

Bob also had an interesting hobby in the offseason — competing in the World's Strongest Man contests where he placed 2nd in the inaugural 1977 championship.  Bob Young placed two spots above Lou 'The Incredible Hulk' Ferrigno and trailed only Olympic weightlifter Bruce Wilhelm.

Norbert Davidds-Garrido (2000*) held the record for the longest name for a franchise with somewhere in the neighborhood of 2000 players in a history that dates back the the 19th century.  Unfortunately for Norbert, Davidds-Garrido was dethroned in 2008 with the drafting of Dominique Rodgers-Cromartie.

Cameron Bradfield is our current player to wear the BIG SIX-FOUR and has started 25 games at both left and right tackle in his 5 seasons with Jacksonville and Atlanta.  Cameron faces an uphill battle given the current state of affairs on our new-improved offensive line.

On a side note: Tomorrow's No. 63 will mark the first number in the series without a current player wearing it — with the exception of course of No. 99, No. 88 and No. 77 (3 of the 5 Cardinals retired numbers).  But your regular home-room teacher Jess 'The Hammer' Root will be back tomorrow to tell you all about that.

Until next time — Go Cardinals!!! 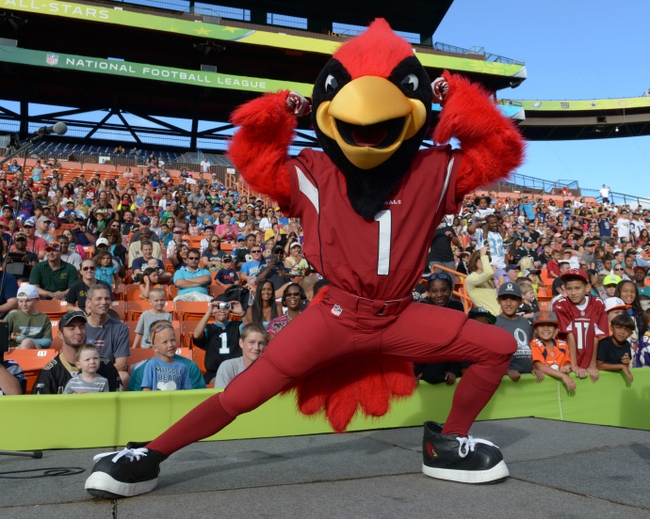