One day closer to the kickoff of the regular season as today we look back at those who have worn the BIG SIXTY-NINE for the Cardinals over the years in a history that spans from Chicago to Glendale.

Not exactly a galaxy of stars today (unlike story No. 81), but we are one day closer to kickoff to the season so let's take a look at what we have in players that have worn the No. 69 for the Big Red over the years.  The list includes 15 players with an impressive 10 of those being One-Hit-Wonders* (played for one season or less with the team), and sometimes two in the same season.

We'll list all the players that have worn today's number chronologically making note of those players that mattered along the way while leaving plenty of space for your comments below to fill in the gaps after you vote on who you think has worn BIG SIXTY-NINE best for the Cardinals.

Let's start off and say that Mike Sikora (1952*) was the only Chicago Cardinal we know of that wore No. 69 and played left guard for one season in the National Football League.

Rush Brown (1980-1983) started 33 games for the Cardinals under the arch as the team's right defensive tackle and recorded 4 takeaways and 4 sacks in 4 seasons.

Colin Scotts (1987*) was that defensive tackle that made the team coming from way 'down-unda'.  The Aussie-Aussie-Aussie was a popular player with the fans who got to do his 'Kangaroo Hop' twice wearing No. 69 after sacking opposing quarterbacks.

Mike Gandy (2007-2009) started at left tackle in all but four games in his 3 seasons in the desert and was a solid player for the Arizona Cardinals and is pictured above.

Xavier Williams now wears No. 69 for the Cardinals going into training camp and is listed as a defense tackle.  We don't have a picture of Xavier in action so once again we will wish good luck to a rookie by showing a picture of the Cardinals logo. 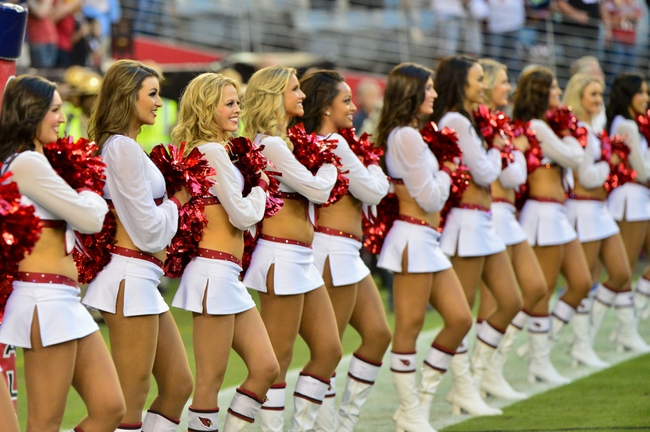 Please take your time and pick out your favorite SIXTY-NINE (before voting in today's exit poll).